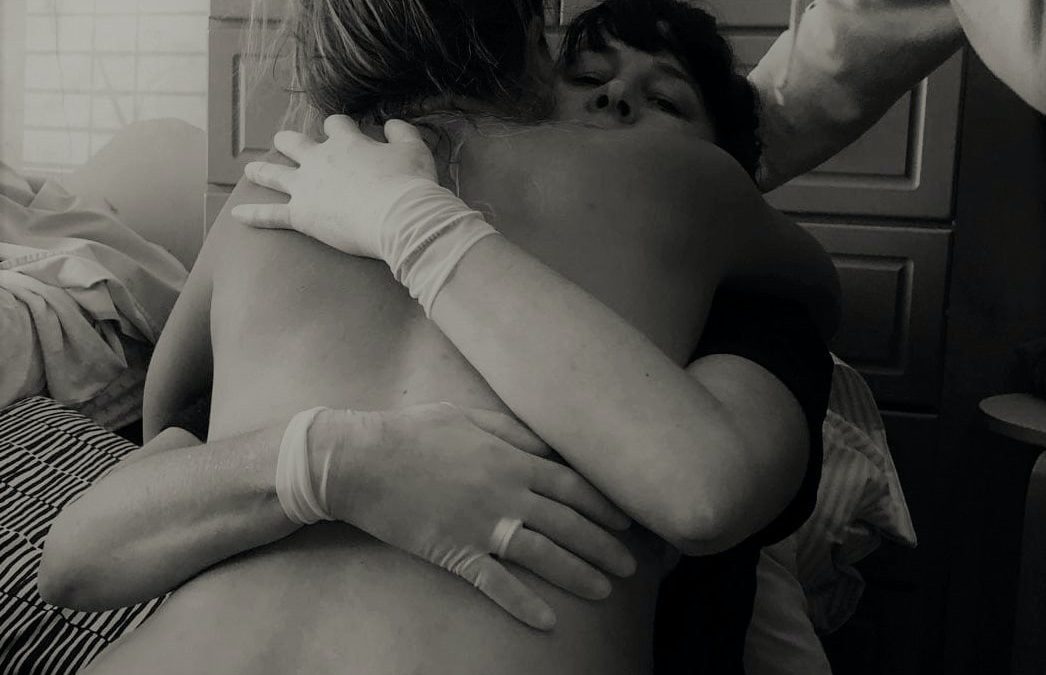 A group of four New Zealand Midwives, who objected to the government mandate to be vaccinated with the Pfizer vaccine, took a case to the High Court in Wellington this week.

A judgement was passed on the 12th November 2021 denying their claim.

Angela Worthington, Mother & Midwife, along wiht three others took their case to the High Court in Wellington. heard before Justice Palmer, the case was rejected, on the basis that “”.

Here is a copy of an open letter from Angela.

The original was published here:  https://familiesagainstmandates.substack.com/p/a-midwife

Monday November 15th, 2021 – I will always remember as the day I was forced to walk away from my career. ‘You are not forced’ I hear many readers say ‘you have a choice’. Let me tell you, this feels like a loaded ‘choice’ – either put this (vaccine) in your body or face unemployment. End of story.

Since the birth of my first daughter in 2000 I have publicly advocated for women’s autonomy over their bodies. I have and will continue to be outspoken around the issues of birth and informed choice. For me this is beyond Covid-19 and vaccination, this mandate raises an ethical debate around the subject matter which I hold as central in my ethos as a midwife – body sovereignty.

I (as will hundreds of other distraught midwives) will heartbreakingly be bidding farewell to women, babies and families, to four years of study to gain a degree in Health Science / Midwifery, to five years and hundreds of babies welcomed into our world during that time spent on call 24/7 as a community midwife.

My caseload is an equal proportion of home and hospital births, both urban and rural. This is a profession which am I passionate and proud of – I know I make an enormous contribution not only the families I work with, but also to the greater good of our society.

This job which is midwifery reaches into the core of humanity. I am privileged to work ‘with women’ at what for many can be their most vulnerable time of life, I hold space for each women in my care to: listen to their bodies wisdom, to learn, trust and transform as they prepare, then birth, then mother the future generations of Kiwis.

It is a highly skilled vocation, which when done well draws on IQ, EQ and cultural literacy in equal proportions. The nature of this work, our unique Kiwi system cannot be ‘imported’ as fast as you can say ‘no MIQ required for those new health workers being brought into New Zealand’.

It is no secret New Zealand prior to this pandemic has been struggling with midwifery shortages in both community and core (DHB) environments. Both National and Labour Governments have turned a deaf ear to the plea of pay parity over the past 6 years which has resulted in a steady exodus of experienced and committed midwives who have had enough of being ignored. That was prior to Covid-19!

Most of my current caseload of 40 women will be handed over to a ‘new’ maternity system, one they do not want but have no choice but to opt into. The DHBs as ‘providers of last resort’ will be where many women will seek maternity services as there simply are no other midwives to take over the care of these women. TDHB is recruiting with incentivised packages (cash and cars etc.) in an effort to entice midwives to move to our region. Yet they are fishing from the same nationally depleted pond, robbing the nest so to speak. Why not give those hardworking midwives currently in the TDHB the same incentives in these upcoming months?

It seems the title of ‘gold standard’ care which was once synonymous with the New Zealand maternity system may risk stepping off the podium.

The main component of what makes our midwifery system stand above others internationally is continuity – having the same chosen midwife with you from early pregnancy to 5-6 weeks after the baby/s are born. This time we are able to spend with out clients one-on-one allows for trust to be built, partnership created. This system offers protection, privacy and personal choices to be discussed and upheld.

Battles with bureaucracy are not new to midwifery – the early 1990s paved the way for midwives as autonomous practitioners – a campaign fronted by a fierce army of ‘mothers’ who with strength, courage and conviction for the rights of birthing women in New Zealand stood in defence of those midwives whom they wanted to work with them in this capacity – autonomy I am afraid is what we stand to lose in this mandated climate. History shows that when midwifery loses autonomy, women’s rights follow.

Here we find ourselves 30 years on, this time it’s the midwives body sovereignty at stake, our right to refues to have something put in our bodies that we do not consent to AND keep doing the work that for the hundreds of midwives about to be made redundant is an absolute passion.

Slogans such as ‘enough is enough’ ‘my body – my choice’ and ‘no means no’ – what happened to them applying to all women / people?

As my eldest daughter said today “a society where everyone agrees 100%, leaves no room for diversity or debate, in nature we know diversity brings health, what will the health of our nation look like after this?” That daughter along with her three siblings for whom I are the main income provider for will have a mum with no income but the same bills by the next week. No debate has been allowed, there is no room it seems in the ‘new’ New Zealand for democratic diversity.

No manageable timeframes were given in this mandate. Three weeks of no sleep, stress, tears and heart wrenching calls with the women in my care – who have unanimously despite their vaccination status spoken with outrage over this decision of their care made by the Government which they do not choose for themselves.

I have in the past three weeks contacted my local DHB to get a clear plan of what a pathway may look like for the women in my care and with just a few days out from this deadline yesterday I was informed of the following: All women will be contacted by a co-ordinator, appointments made with an expectation that each ‘booking’ appointment will take 1 hour (that’s approximately 300 hours or let me spell it out 8 weeks of full-time work just doing booking appointments). 0800-1-MY-BABY is now a live number women can use in labour / emergency. Planned homebirths will not be a viable option due to staffing ‘challenges’. Women will be seen in 30 minute antenatal appointments at the DHB by a designated team. As for the births? Many of us being stood down yesterday received a call prior to being dismissed to see if we could attend a labour with a women who has no midwife allocated. This is just the beginning and we haven’t left yet!

Yesterday it was announced Covid-19 has found its way into our region, which will bring the added burden of further shortages due to stand-down periods of isolation with exposure and symptoms to rock the already fragile boat.

Why are no other options being explored? Such as saliva testing, use of PPE. Just the blanket ‘no jab, no job’. No alternatives. No compensation. No discussion.

In Quebec, Canada – they mandated health professions and then revoked the mandate due to dangerous staffing levels. I know in my heart that this hasty decision made by Government is ultimately not going to benefit women or their babies. This is not just my story, this is the story of hundreds of skilled, committed, caring, and distraught colleagues who collectively come November 15 will continue to stand for ‘My body my choice’ and in return will have their careers terminated.